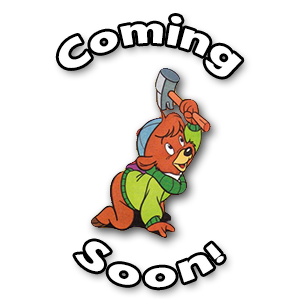 The stately kingdom of Walla-Walla-Bing-Bang stands as one of the oldest and most prominent nations in the world. It only appears in the TaleSpin episode "Waiders of the Wost Tweasure".

Established hundreds of years ago, Walla-Walla-Bing-Bang has grown and thrived over many generations under the strong leadership of a prestigious royal lineage. The kingdom's current ruler, Queen Grace, has restored strength and honor to the throne — as well as the ancient token of rulership, the fabled Ruby Wings of Queen Maureen.

Unlike most other countries, Walla-Walla-Bing-Bang does not rely heavily upon modern technology. The nation's roots are firmly in the past, as evidenced by the classical architecture and fashion styles displayed throughout the kingdom. However, the nation does have an extremely strong economy, based mainly on the Walla-Walla-Bing-Bang national currency known as the "wuble". Stable and highly valued, wubles are among the few currencies unscathed by global inflation, and thus are widely used in many business transactions, both in Walla-Walla-Bing-Bang and abroad.